What follows is a dialogue of sorts between two people.

Billie:
I stumbled into a black hole, a time and place when I had surgery after surgery. I could not see beyond the black hole. The hole got bigger and I grew into it. The hole had opened in that place between the past and the future where life should flourish. It was defined by pain. The present was no gift at that time. No simple reassuring phrases would cut it. Time revolved around resolving the pain, ending the suffering.

But my words stated intentions and I intended to stay positive. Easier said than done I suppose. What do you do when you are lying in a hospital bed? Not much. I had visitors of course. Some talked about my condition, some talked about the outside world, and then there was George. I will let him take it from here.

George:
I could see someone in a black hole. What do you take into the black hole? It was not my experience. I could not minimize it; I could not make it better. But I could bring some humor into the dark place. Now humor does not have to be superficial. Humor is a serious business. It is a way of being in the moment differently. The profound and the absurd live together in the same moment.

Billie:
It did end. I did find my feet. I will spare you the details regarding spinal surgeries. But things did get better though sometimes better is just the different I had to grow into. But grow I did, and I am still growing and changing. When I was in the black hole the struggle was to get out. Now that I am out it is up to me to find out where I fit. I have retired early and I am happy with my life in the quiet regional town of Alpha. Some people say that I am too young to retire.  It’s funny how people can say that you are too young for something because they can also say you’re too old for something. I think I will decide what’s right for me.

George:
I remember writing a short comical piece for Billie. It was based on something she had told me; so I wrote about it. It is not great writing but it did encourage Billie.

Billie told a story
Of a field with patties
Round and brown and rank
She was happy on the fence
Then her feelings sank
For she heard a rumble
A deep throaty roar
She turned and saw
A beast possessed
With hunger on its mind
Its eyes were red, its drool was wet
That horned beast she would not forget
The ground was a minefield where
Many tails had risen to the sky
But through this bovine doo doo
Billie just……… flew
Tony was stunned
As he could not see her feet
For they spun like cartoon pistons
Round and round and round
Touching not the ground
How did she zig and zag so quickly?
Missing every poo
Maybe Dodge by name
Dodge by nature
Who can say?
But as Billie told this story
From her hospital bed
In another field of poo
I pray she will remember
That then
As now
For her
It can all pass in a Blur.

Billie:
I remember the bull story. It was one small story that made me smile for a moment. I don’t know if things did pass in a blur but it is all a bit of a blur to me now. I have changed and I continue to change. I know that I am more confident, more decisive. I speak my mind more freely now. I hope that people accept the me that I am becoming. But then again why should that matter?

George:
I see the last line of that silly poem. It can all pass in a blur. It states the hope that bad things pass by quickly and the intention is good. No one wants suffering to drag out but maybe this is no longer helpful for Billie today. Does anyone really want life to pass by quickly? I mean we all want to pass the bad things quickly but good and bad things inhabit the same real estate of today.

Billie:
Ok so now I have acceptance of myself and my circumstances. I have discovered art and my colourful sketches are the opposite of the black hole I had been living in. I am watching Anzac the cat doing the cat things. My husband is doing the things that he does. And me I am being who I am which is an evolving mix of who I was and who I am becoming.

George:
Embracing the good and the bad and seeing clearly enough to be fully present in each and every moment, now that’s a challenge. Don’t let anyone tell you it’s easy, just ask Billie. It takes a little faith to bridge the gap between the past and the future. 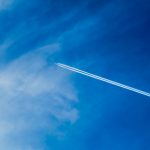 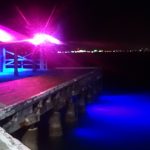